The shadow of the wind tour 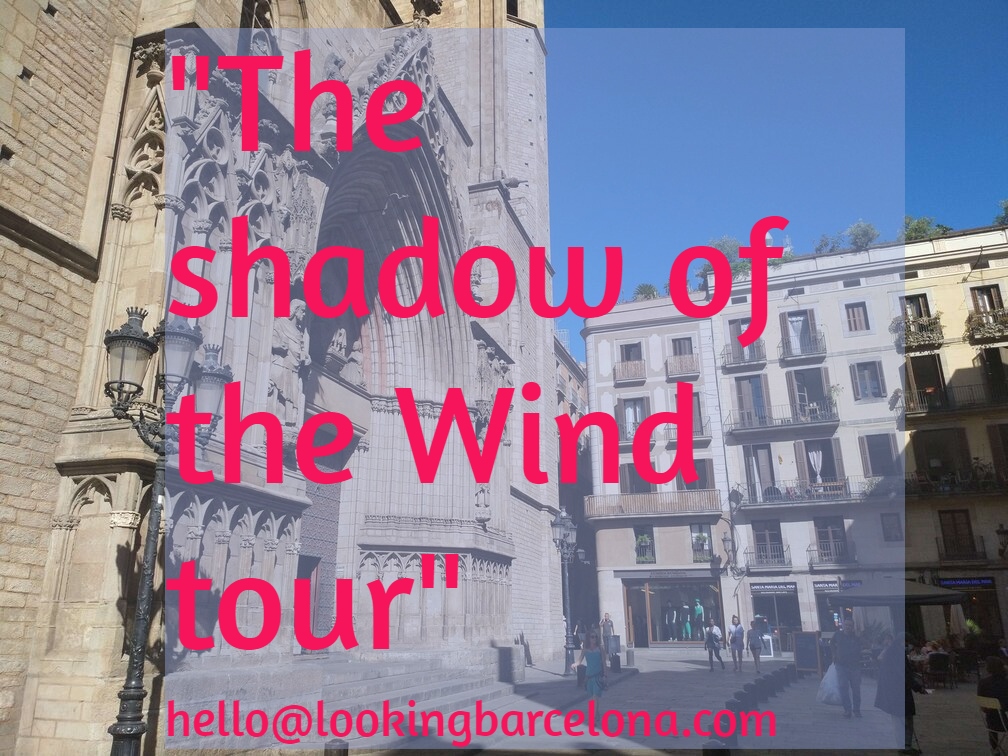 The Cemetery of Forgotten Books tour.

Would you like to know the places where the Shadow of the Wind runs in Barcelona?

I am going to show you some of the most emblematic places of the bestseller by Carlos Ruiz Zafón.

I remember the first time I read this book, it blew me away.
The novel takes place in the Barcelona of 1945, a city marked by a recent Civil War.

Let me explain to you some of the places mentioned in the book “The Shadow of the Wind” by Carlos Ruíz Zafón.

The House of Daniel Sampere

The protagonist of the novel is Daniel who lives with his father  in a modest apartment on Calle Santa Ana.

Daniel’s father owns a bookstore on the ground floor of the building and Daniel helps his father in the family business.

Today there is an old hat shop.
The wooden decoration of the establishment stands out.
Calle de Santa Ana connects Las Ramblas in Barcelona with the commercial street of La Puerta del Angel.
It is a very ancient  street where you can admire some beautiful buildings from the 19th century.

The Church of Santa Ana

It is located next to the Sampere store and it is where Daniel will marry Bea.

The church can be visited, it has a beautiful cloister and it is surprising how a Gothic construction is surrounded by many modern buildings.

In a hidden corner of the Ramblas is the “Cemetery of Forgotten Books”.
A secret place.

A temple of the books where Daniel will have his first encounter with the book “The Shadow of the Wind”.

It was the bar where Daniel meets Gustavo Barceló for the first time.
Barceló is a book lover and he will help Daniel to understand better  “The Shadow of the Wind” and his author.

Els 4 Gats was the center of artistic life in Barcelona at the end of the 19th century.

All the great artists of that time passed through the place.
Picasso held his first exhibition and did some drawing to earn a little money,
Today you can see the menu that the young artist designed for the bar.

After his first meeting in the 4 gats, Gustavo Barceló quotes Daniel at the Ateneo.

There the young man will meet Clara, Barceló’s blind niece.

Today the Ateneo is one of the most important places in the literary world of the city.

They do studies and workshps  to learn how to write. The teachers are established writers.

Gustavo Barceló lived together with his niece in a stately apartment in the Plaza Real.

Although today the square has a slightly decadent touch, it was one of the most luxurious places in Barcelona in the 19th century.
Surrounded by elegant arches, the two lampposts designed by the young Gaudí stand out.

It is where the hospice where Daniel and Fermín go to speak with Jacinta Coronado.

The bar where Fermín and Daniel happily go to eat something and drink sparkling wine after talking with Jacinta.

There is a military casttle where theyexecuted Clara’s father.
Also it is located  the city cemetery, where Daniel’s mother is buried.

The book describes the mountain as a place of pain and repression, although today it is a happy place full of parks, museums, and friendly bars.

It is the place where the 1992 Olympic Games were held

Daniel goes to visit Nuria Montfort. The young woman lives in this small square in the heart of the Gothic Quarter.

Today it is a very charming square.

Woody Allen among other directors have portrayed her in her films.

Book “the shadow of the wind tour “

I provide other tours in Barcelona: 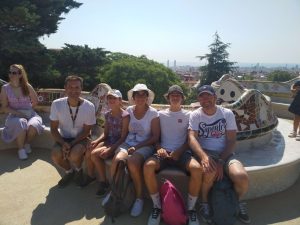